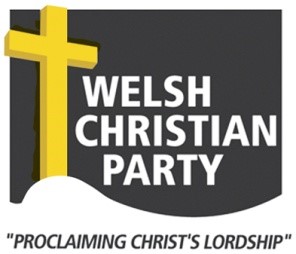 Contact the office on 01597 825151
headoffice@ukchristianparty.org
Give us your general feedback here

Jeff Green is the leader of the Welsh Christian Party overall and has stood firm over the years on policy issues whilst successive governments flounder on issues such as the Covid 19 pandemic, fail to progress on the will of the people such as Brexit until their hand was forced and tinker with unimportant policy areas such as Highway Code issues that only serves to make the roads less safe rather than more so.

Whilst the Welsh Senedd generally follows England on major policy issues, there are discrepancies between England and Wales. With more tax raising powers, there’s more issues to consider in the decision making process for the Welsh. Besides there are cultural differences and nuances within the nation of Wales that requires boots on the ground to monitor, debate and lobby with a greater understanding of what’s right for Wales.

It would be safe to say that over the last thirty years we have seen greater inequality amongst sectors of the population, more unrest generally in society, more people ill and a less well educated population. This is due to weak leadership, a questionable moral integrity and poor decision making. When your moral compass is off who knows where you’re going to end up. We certainly don’t like the direction of travel. We have spent many hours tackling many of the policy issues we would argue are fundamental to get right first. You can read it here.

We welcome debate. We will take any opportunity to put across our ideas, our solutions and our principles – if they will allow us.

Join us and speak up while we still have time.