“Do not mistreat a stranger nor oppress him, for you were once strangers.”
Exodus 22:21

Love for one’s neighbour, hospitality and compassion for refugees are central tenets of the Christian faith and is integral to the Christian Party policy on immigration.  A cohesive and sustainable immigration policy is necessary given the fact that there are finite resources available for the well-being of all within our borders.

Unwise stewardship of our limited resources has led to resentment of immigration amongst British nationals. The Christian Party will address these concerns, but a clear distinction must be made between economic migrants, illegal immigrants and asylum seekers.

It is understandable that people want to improve their situation.  A recent poll https://youtu.be/QKQGDZ2MJow?t=300 shows that one third of sub-Saharan Africa wants to move, most of them to Europe rather than to the United States or to the Middle East.  This is testimony to the benefits of the western world but it is also testimony to the failure of western governments to encourage and develop internal governance in other countries.  After Christian missionaries opened up Africa with the Gospel, unchristian businessmen moved in to exploit the resources of Africa instead of establishing equitable trade and providing the principles of governance that would have developed these nations.  Now it is China’s opportunity to do the same.  Part of its expansionist policy to promote its soft and economic power overseas including Africa.  It is in interests of everyone to develop proper governance throughout the nations of the world, not by financial handouts, far less by military aid, but by educational tools as we suggest in our Foreign Policy.  As US President Donald Trump has said, every country should put itself first.  It is from economic strength that we are able to help others.

The Christian Party immigration policy majors on appropriate conditions rather than a numerical points system which is open to a rigid cut-off and cliff-edge problems.  These could be integrated into a sensible immigration policy.

The Christian Party’s immigration policy is not xenophobic but Christian.  It encourages enterprise, supports UK business and the Christian Party believes that economic migrants who complement the skills required in the United Kingdom should be welcomed and encouraged.

The Christian Party will add to the conditions of entry for economic migrants that: 1. they must demonstrate competent communication in the English language, both written and verbal; 2. they must have jobs already secured, which they will take up on arrival in the UK; 3. they should have private medical insurance placed with a reputable British insurer; 4. accommodation has also been secured within the private sector prior to entry; covered by 5. a cash bond to cover all eventualities, recoverable upon leaving the UK or upon obtaining British citizenship.  These provisions will reduce the pressure on the public provision of healthcare and housing that is often associated with immigration. In the event that an economic migrant is convicted of a custodial offence, their visa will be rescinded and they and their dependants will be returned to their country of origin at their own expense.  This will promote personal responsibility with self-monitoring by their family and dependants.

A partial amnesty might seem the most expedient solution but the Christian Party believes that this will send out the wrong message and we propose a more robust message to the international community that the UK is not open for benefit tourism.

Although we do not encourage illegal immigration, we acknowledge this fait accompli and the difficulties of immediate deportation, and thus we encourage illegal migrants to seek economic migrant status and thus to demonstrate good faith by integrating with the legal requirements for potential residency in the UK.  We believe that this will go some way towards solving this long term problem.

We agree that the United Kingdom and all governments have a moral responsibility, within their resources, to help genuine asylum seekers.

However, the former glacial pace of Government progress in processing application needs to achieve greater efficiency and speed. This is needful for both humanitarian reasons (uncertainty is stressful and all the more so for those who have genuinely fled for their lives), and practical reasons. Housing asylum seekers must not be at the expense of housing stock earmarked for the host population.  They should be located in a Government-protected communal safe environment for faster identification of family groups and bogus asylum seekers.

In order to stem the flow of bogus asylum seekers, and thus help to manage the current claims, the Christian Party supports full application of the 1951 Convention on Refugees, including the clause that refugees must accept asylum in the first safe country they reach.  In keeping with the 1951 Convention it is clear that applications for asylum should only be considered at a British port or airport where the applicant has arrived directly from the country from which asylum is being sought or else at the British embassy or consulate in that country.  In the event that an asylum seeker arrives from a safe country, he or she cannot claim to be an asylum seeker and will be immediately returned to that safe country.

The pathway is open for such to apply as an economic migrant for entry to the UK.

Countries adjoining war zones or oppressive regimes cannot be expected to bear the full brunt of the resultant humanitarian need arising from fleeing refugees and asylum seekers. The refugees from the Syrian civil war have created tensions between Turkey and the EU on this account.  The Christian Party supports the concept of receiving refugees and asylum seekers based on international agreement in such circumstances, but we note that the Syrian refugees are disproportionately weighted towards islamic refugees with very few Christian refugees accepted into the UK.  This needs review and explanation.

This acceptance of refugees gives a moral right to the host nation to contribute towards the international resolution of the strife which caused the refugee problem in the first place, in order to facilitate the return of these refugees to their homeland.

Refugees should not be viewed as seeking economic migrant status because, by definition, they are seeking safety and avoiding conflict.  It is easy for such to be exploited in an unfamiliar country, and as they cannot be allowed to have more rights and freedoms than economic migrants, they need to be housed in a secure collective location, such as holiday camps or former military domestic bases which will allow them to retain their own community relations, cultural identity, and in particular to identify possible solutions and structures in preparation for their return to their own homeland.

It is urgent for the Government to seek rapid international resolution of the conflict that created the refugees, before they lose the will or ability to return to their own homeland.  This is illustrated by the de facto position of the Palestinian refugee situation in Israel and Gaza, which has dragged on for more than 70 years.

Christian party members of parliament will:

Our key issues and policies

Respect for the human person 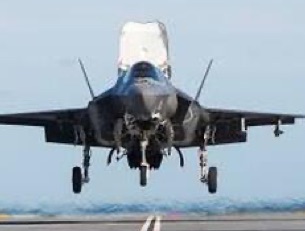